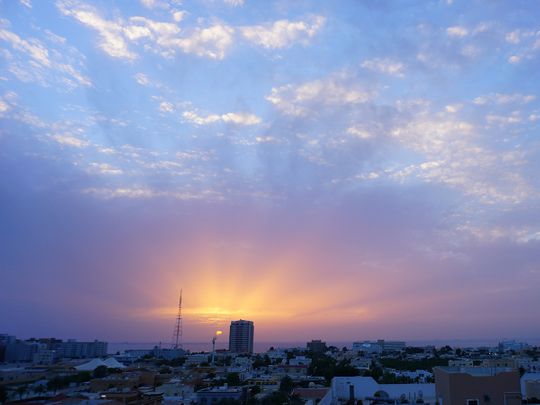 UAE residents can expect a pleasant weather across the emirates. However, it is not a good time to go out for sailing due to rough sea with wave height of 5-7/8 feet in the offshore of the Arabian Gulf until 3pm.

Today’s weather condition, according to the National Centre of Meteorology (NCM), will be fair in general and partly cloudy at times.

It is humid by night and Wednesday morning with a chance of fog or mist formation over some coastal and internal areas.

We can expect some moderate Northwesterly winds and fresh at times especially over the sea causing blowing dust at times, with a speed of 15 – 30 reaching 45 Km/hr.

The sea is predicted to be rough becoming moderate by night in the Arabian Gulf and moderate to slight in Oman Sea.

Current temperature in Dubai is 31 °C.

The maximum temperature in the country is expected to be between 32 and 36 °C. And, the lowest will be between 15 and 20 °C.