Recently I started having lower back pain and after visiting the doctor I decided based on his recommendation to work on improving my posture, mostly when sitting in front of the computer. Like most people, I tend to hunch over the computer and I wanted to stop doing that so the first thing I did was get a posture corrector strap. A posture corrector strap kinda looks like a gun holster you see detectives wear on TV shows under their suits, just minus the gun. Although it did its job in keeping me from slouching, it wasn’t comfortable to wear for long periods, and depending on what you’re wearing, it could be visible.

I then found out about the Upright GO 2 through a friend of mine, a tiny device you stick to your back and monitors your posture. Whenever you start slouching it buzzes. My friend recommended it so I ended up ordering one for myself. 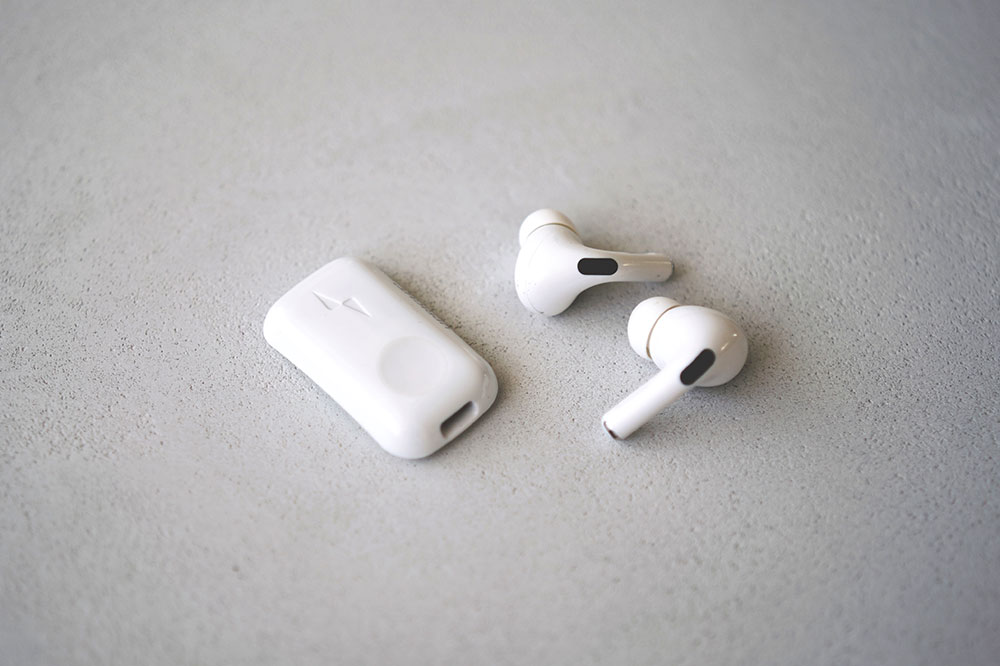 The Upright GO is super easy to set up. All you need to do is attach it to your back and then connect to it via Bluetooth and an app on your phone. You then sit or stand upright and hit the calibrate button in the app and that’s it, you’re set. It takes around a second or two but once the device calibrates it starts recognizing your movement when you slouch or hunch over. Anytime you exceed a certain angle threshold for more than a few seconds, the device buzzes gently to make you aware that hey, you’re hunching over. 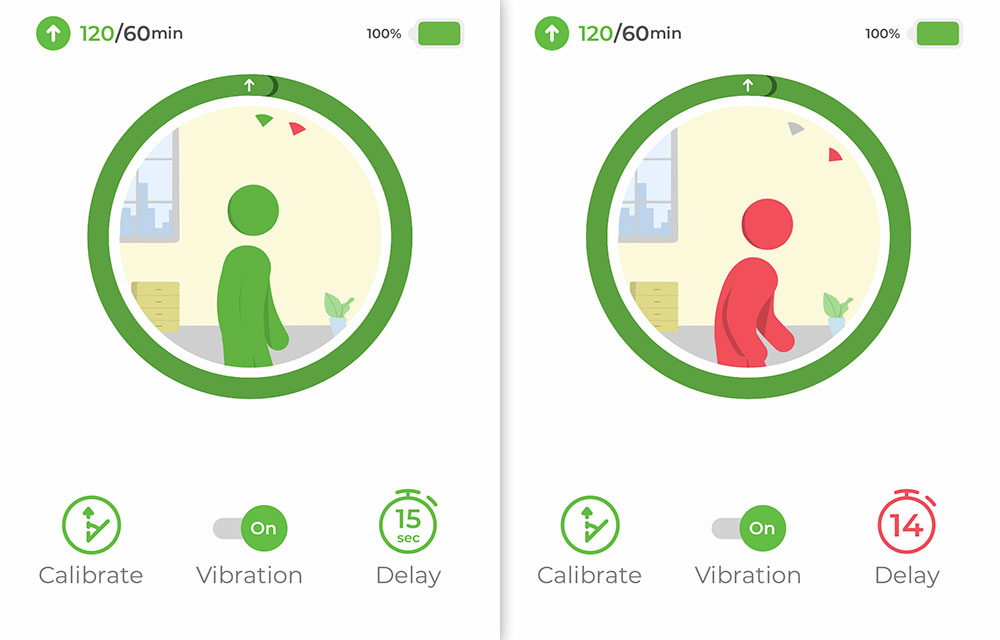 The device is really tiny which is why I used my AirPods for scale in these photos. It’s also very lightweight and so whenever I stick it on my back I can’t tell it’s even there. The reusable adhesive on the back of the device uses a medical-grade sticky silicon, and in my case, it lasts for 7 days. After the 7th day, it no longer is as sticky and I swap the adhesive with a new one. The device came with 10 adhesives so it should be good enough for nearly 3 months of use since I don’t wear it on weekends.

Does it work? Yes, it does!

After using it now for two weeks I noticed my posture has improved. Not only that but because I hate the buzzing so much, even when I’m not wearing the Upright GO I still have the fear it will buzz. There is a bit of PTSD involved because even when I’m not wearing the unit, out of habit I expect my back to buzz anytime I hunch over. So I’ve mentally started recognizing when I start to hunch over and right away straighten up. 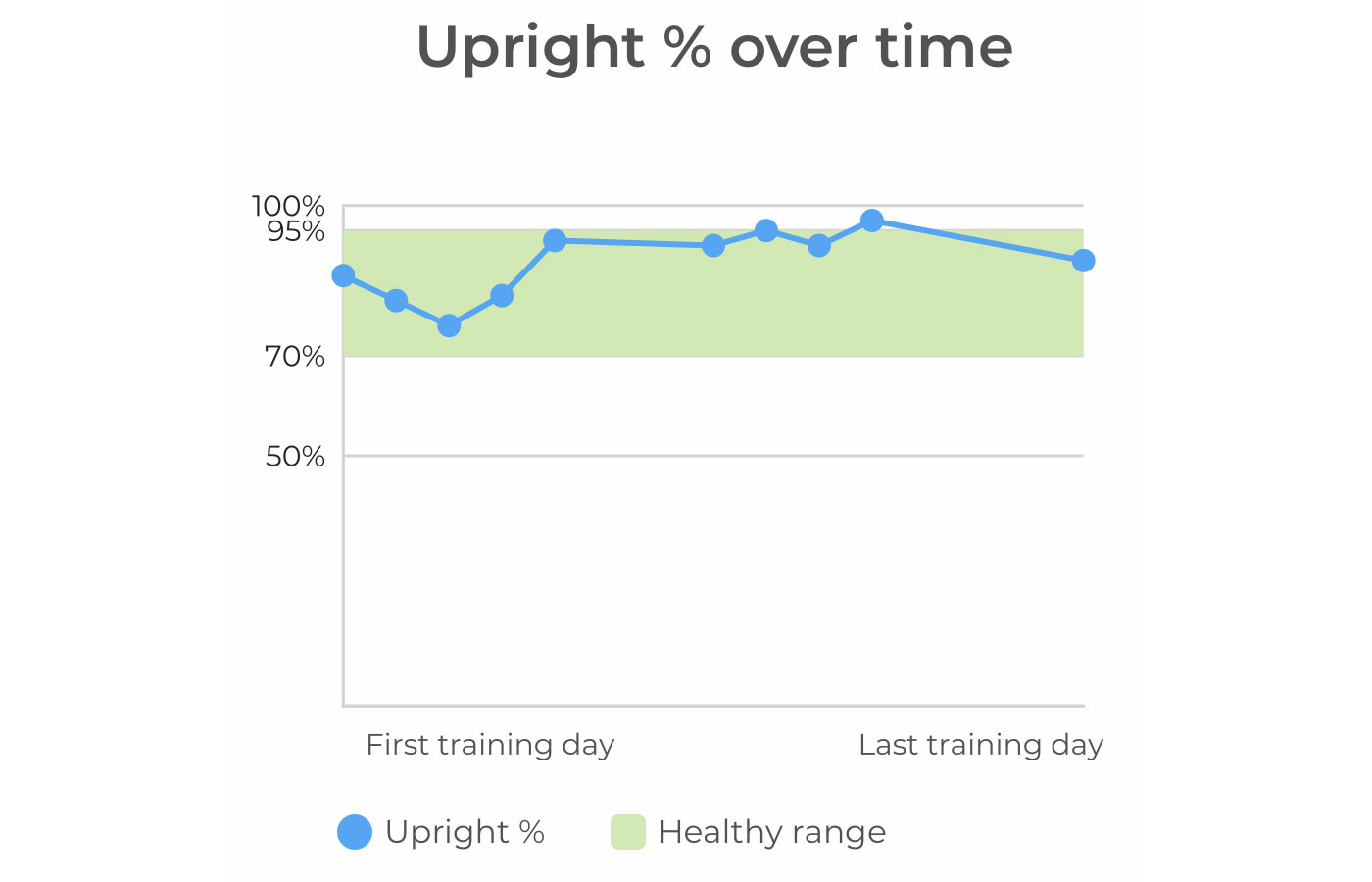 The Upright with the help of the app tracks your posture throughout the day and in my case, I recognized I am worse when I’m at the office. When I’m home on my computer I have a very ergonomic TOM chair that offers great back support and keeps me sitting up straight. When I’m at the office I sit on a regular chair with no back support so I tend to slouch and hunch over my laptop. But looking at my data over the past couple of weeks I can see that I have improved overall.

There are two versions of the Upright GO, the original version which is larger, has a shorter battery life and cheaper, and the Upright GO 2 which has a longer battery life, is much smaller but also slightly more expensive. I bought the Upright GO 2 for $99 from Amazon but I noticed it’s now selling for $79 and I’ve even seen it as low as $69. An extra pack of adhesives costs $9. If you don’t want to stick it on your back there is a necklace you can buy that attaches to the Upright GO but I haven’t tried it. The Upright comes with a small case that holds an extra adhesive and it’s where you are meant to put the unit when you’re not wearing it. Battery life on the Upright GO 2 is 35 hours so I only charge it once every few days.

The Upright is not something I’d wear for more than a couple of months at a time, it’s a behavioral training device and as I get the hang of not hunching over I’ll stop wearing it. When I see myself starting to hunch over again I’ll star wearing it again. If you want to get one, here is the link to Amazon.

Laser Engrave Arabic Letters on your Keyboard – 2:48AM – Everything Kuwait

Simple Fixes – 2:48AM – Everything Kuwait

Kuwait’s First Geocache – 2:48AM – Everything Kuwait