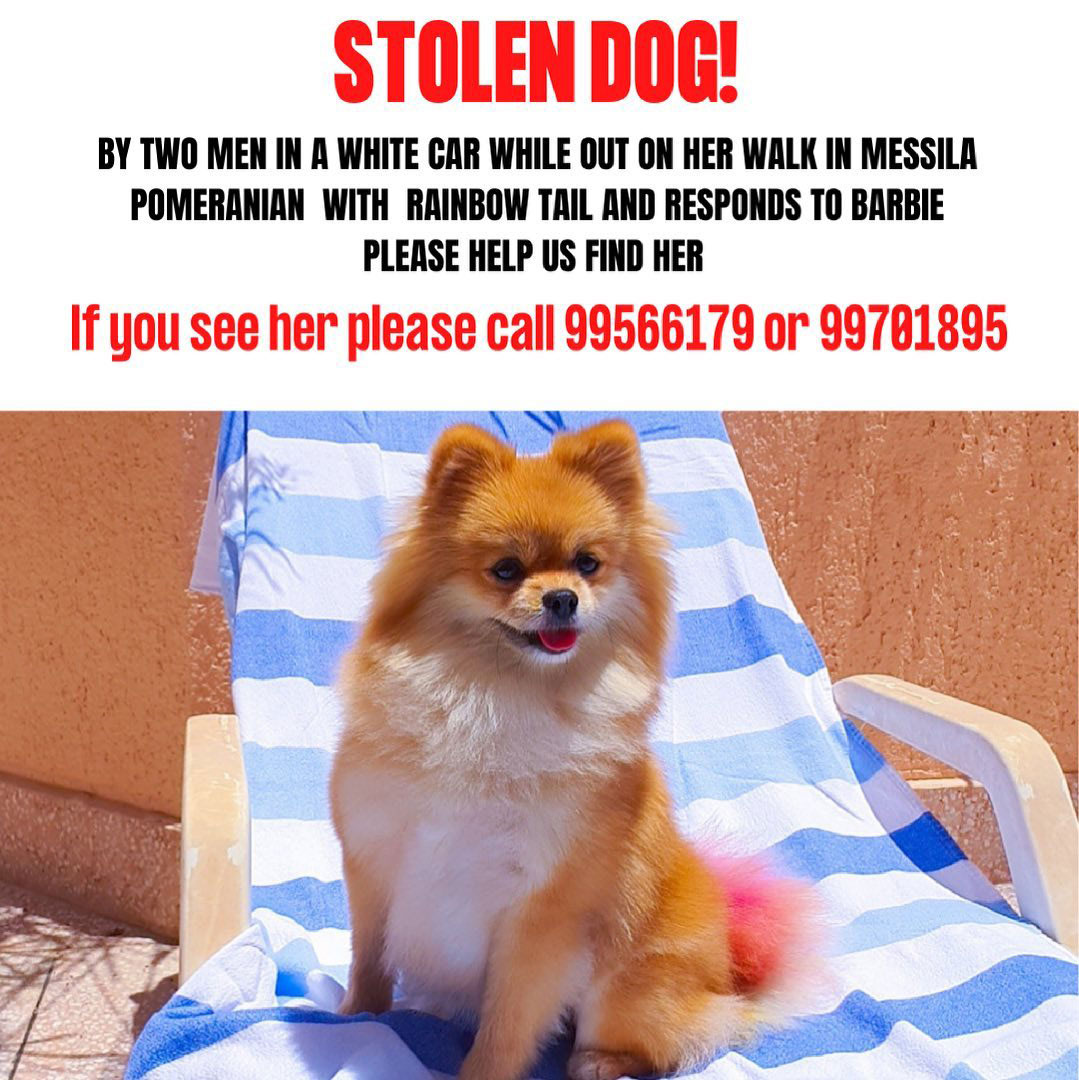 Yesterday a friend of mine had her dog stolen in Messila. Her nanny was walking the dog around 8AM and two men in a white Honda Civic with a broken front bumper stopped and snatched her dog before speeding away. According to the nanny, there was another dog in the car, a pug and there were two guys. What’s scary is the fact that two weeks ago, the same white car with 2 guys and a girl stole another dog in Jabriya.

I think thieves are going after dogs since cops don’t seem to care and the dog owners tend to offer rewards but dogs are also pretty easy to sell at the moment. I had a friend whose dog got stolen a few weeks ago, through the help of social media he was able to find the person who had his dog. My friend then went to the police station for their help to get the dog back and they laughed him out of the station (He wasn’t an expat). In the end, he had to go confront the thief himself to get his dog back.

If you have a dog, be extra vigilant for the time being. Maybe get them a collar with a GPS device or at least have your contact info on their collar.