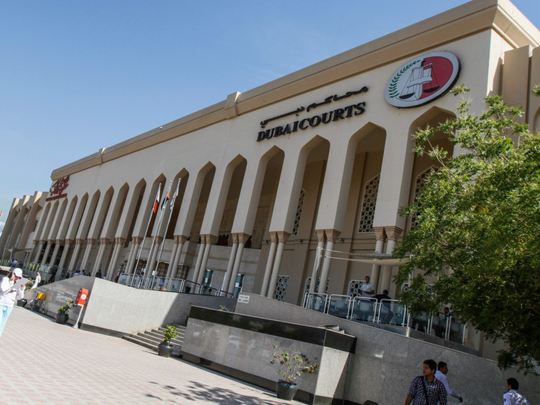 Dubai: A Dubai salesman has been accused of starting a blaze in a textile shop causing nearly Dh1 million lost to the owner.

The Dubai Court of First Instance was told on Sunday, the 27-year-old salesman from Afghanistan, sought revenge from the owner because the last didn’t pay his salary for one year.

In December last year, the defendant went to the shop located in Naif area after midnight and used a cutter to open the shop’s lock. He searched for money as he alleged the owner didn’t pay his salary for one year but he couldn’t find any cash.

The defendant told Dubai Police that he saw a lighter inside the shop and decided to set the textile shop ablaze in revenge.

The shop’s owner testified that he checked the surveillance cameras in the area and saw the defendant breaking into the shop. “I was alerted about the fire and discovered that the defendant was behind the fire. He damaged the lock and the glass door before setting the shop on fire,” said the 40-year-old Pakistani owner.

The defendant is facing arson charges for setting the shop on fire and causing damages worth Dh985,000, according to Dubai Public Prosecution.

The next hearing is scheduled for April 25 while the defendant will remain under police custody.